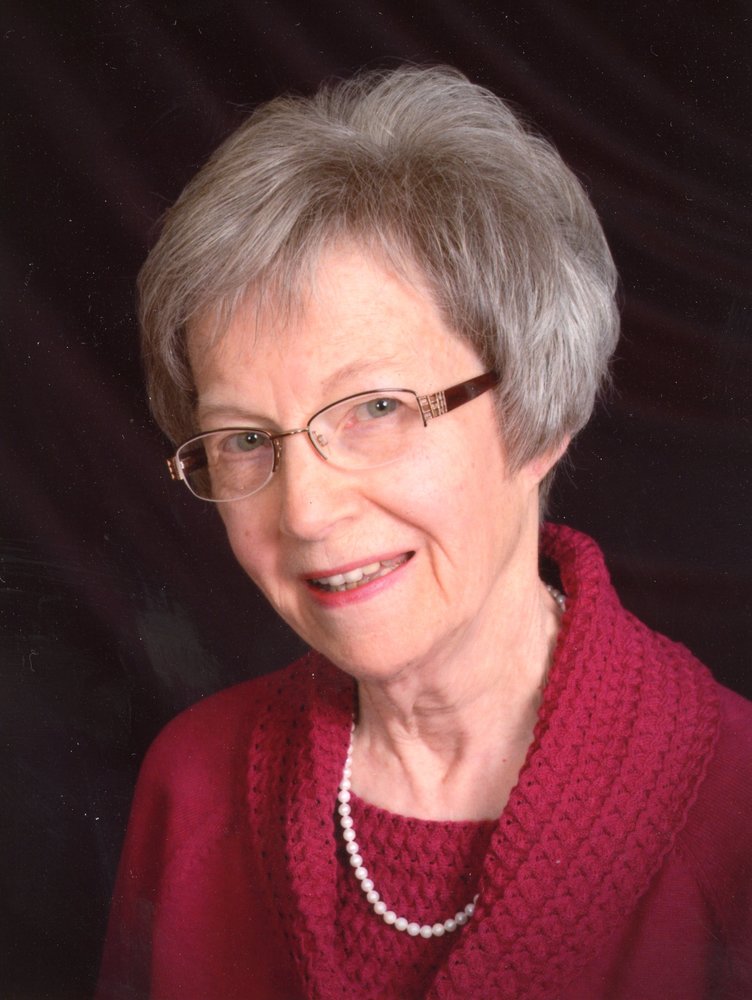 Marilyn was born on the family farm near Viborg, SD on June 3, 1931 to Harry and Ernie (Hansen) Christensen.  She attended country school and later graduated from Viborg High School in 1949 and Yankton College in 1953.  She married her college sweetheart, Elton Bertsch, the day before graduation on May 31, 1953.  They moved to Boston, Massachusetts where Elton attended Andover Newton.  Following graduation from there, they returned to Yankton where they remained all their married life.

Marilyn was an active member of the UCC Church and served on boards at both the local and conference level for many years.  Marilyn volunteered at her church with the women’s group, delivered Meals on Wheels, and served on the funeral committee.  She and Elton were instrumental in starting the local Parkinson’s Support Group and were involved at the state level as well, organizing the Parkinson’s Walk-a-thon held in Sioux Falls for many years.

Marilyn and Elton enjoyed traveling and loved to take the scenic route just to see what they might find. She was a loyal supporter of her grandchildren’s activities, be it sports or dance, and loved spending time with them.  After Elton’s passing in 2008, she and her daughter attended many plays and concerts together.  She will be most remembered for her unconditional love of her family and her sense of humor, as well as her love of fudge and ice cream.

Marilyn was preceded in death by her husband, Elton; her parents; her in-laws; her son-in-law, Mike Rockne, and brother-in-law, Jonathan Knecht.

To send flowers to the family or plant a tree in memory of Marilyn Bertsch, please visit Tribute Store
Monday
9
September

Share Your Memory of
Marilyn
Upload Your Memory View All Memories
Be the first to upload a memory!
Share A Memory
Send Flowers