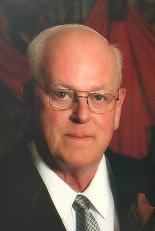 Larry was born in Lincoln, NE to Helen (Hoyt) and Axel Miller on October 14, 1942. He attended Washington High School in Sioux Falls and graduated in 1960. A year after graduating high school, Larry enlisted in the United States Marine Corps, going through basic training at Camp Pendleton, CA and eventually serving overseas in Okinawa, Japan as a radio specialist. After his honorable discharge, he returned to Sioux Falls. He married Kathleen (Kathy) Connor June 11, 1966. He began a long career working for Northwestern Bell in the spring of 1966 and continued working 31 years for Northwestern Bell / US West / Qwest until his retirement in 1997. He held various positions with Northwestern Bell / US West / Qwest from lineman to supervisor / manager. The phone company relocated Larry and his family from Sioux Falls to Parkston, SD then to Mitchell, SD, back to Sioux Falls and eventually moving to Yankton in 1978 for the remainder of his career. After retiring from the phone company, Larry obtained his commercial driver’s license and spent time driving for Midwest Coast Transportation in Sioux Falls, and as a part-time school bus driver. Also, after retirement, Larry and his wife Kathy were campground hosts for several years at Custer State Park and a few years at Pierson Ranch and Chief White Crane campgrounds near Gavin’s Pt. Dam. He was passionately involved with the Boy Scouts for over 40 years as a scoutmaster, as a member of the Eagle Board of Review and spent many summers volunteering as a shooting sports instructor at the Lewis & Clark Scouts Camp near Yankton. He was involved in the Rotary Club, the Knights of Columbus in Yankton. Larry cherished his time camping and fishing in the Black Hills, playing golf, and pheasant hunting with his family. He loved spending time with his extended family and grandchildren. Larry is survived by his wife Kathy, of Yankton, SD; sons, Steven (Molly) of Appleton, WI and Christopher (Brenda) of Crooks, SD; Elizabeth Arneson (Michael) of Sartell, MN; sister Margaret (William) Erickson of Boise, ID, sister Mary Millin of Hamilton, MT; brother Michael (Gloria) of Omaha, NE; brother Richard (Candace) of Albuquerque, NM; brother, Gregory (Myong) of Omaha, NE; sister, Debra (Earl) Pringle of Sioux Falls; sister, Kimberly (Bob) Roy of Lemmon, SD; 6 grandchildren: Benjamin, Lucia, Thaddeus, Maren, Braeden, Emma; many nieces and nephews, and one great-grandson. Larry was preceded in death by his mother, Helen, his father, Axel, and infant sister, Maren Kay. Memorial donations may be made to The Scouts of America, PO Box 152079, Irving, TX 75015-2079. The family wishes to extend their gratitude to the staff at Walnut Village and Avera Home Health and Hospice, and the neighbors on Timberland Drive for their many years of assistance and friendship.
To send flowers to the family of Larry Miller, please visit Tribute Store
Thursday
2
January

Share Your Memory of
Larry
Upload Your Memory View All Memories
Be the first to upload a memory!
Share A Memory
Send Flowers