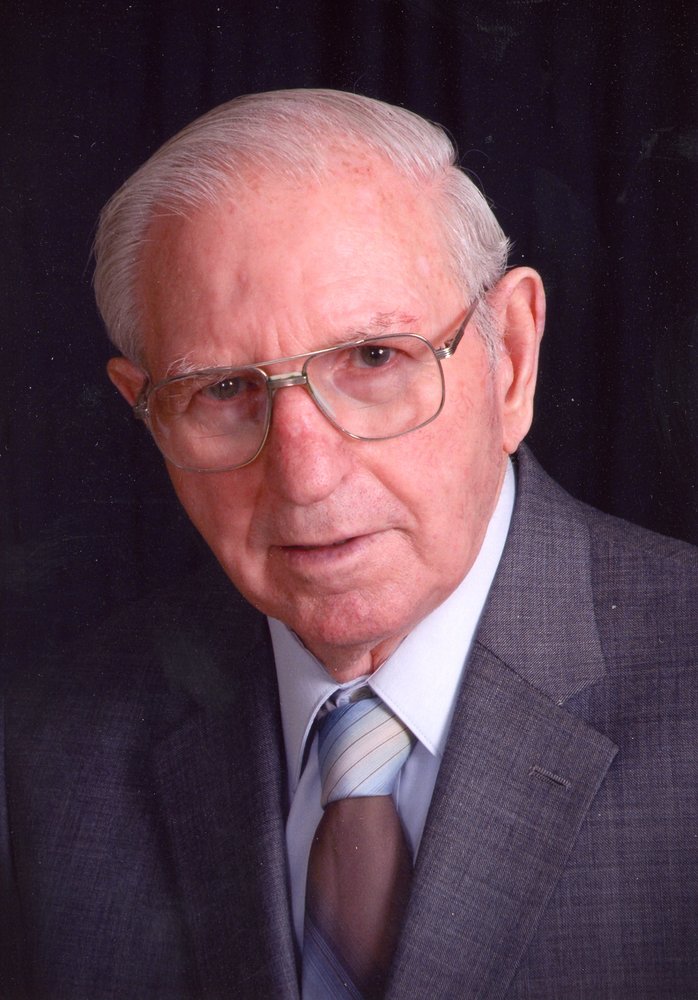 Elmer Zeeb was born on the family farm near Menno, South Dakota on August 15, 1930 to Albert and Emma (Knodel) Zeeb and was baptized October 5, 1930 by Rev. Bodenman. He was a lifetime member of Salem Reformed Church and served on the consistory there. Elmer attended a rural school through eighth grade and Menno High School. He served in the U.S. Army aircraft artillery from 1952 through 1954, stationed in Germany, and was a member of the American Legion for 67 years. He worked for Cenex for 35 years as a petroleum salesman. Lifetime interests revolved around coin collecting, reading, playing cards, and travel. On December 30, 1959 he married Verna M. Heckenlaible at Salem Reformed Church, with Rev. Kaempchen officiating, and to this union two children were born, Patricia and Jeffrey. Elmer and Verna lived in their home in Menno until 2015 when they moved to the Salem Mennonite Home in Freeman, South Dakota. Elmer is survived by his children, Patricia (James) Newman of Lakeside, California, and Jeffrey (Cida) Zeeb of Nashua, New Hampshire; grandchildren, Kristine (Adam) Trontz of Salem, New Hampshire and Matthew Zeeb of Boston, Massachusetts; sister-in-law, LaVerna Zeeb, Sioux Falls; brother-in-law, Glenn Heckenlaible, Menno; sister-in-law, Darlene Heckenlaible, Medford, Oregon; many nieces and nephews and numerous friends. Elmer was preceded in death by his wife, Verna in 2019; his parents; brothers, Christ, Gideon Peter, Ewald Frederick, Eugene Henry, Reinhold Julius, Helmeth William, and Rueben Herman Zeeb; and sisters, Edna Fillaus, Gertie Edelman, and Leona Gall. Memorial donations may be directed to the Menno-Olivet Care Center, 402 S Pine St, Menno, SD 57045 or to the Salem Mennonite Home, 106 W 7th St, Freeman, SD 57029.
To send flowers to the family or plant a tree in memory of Elmer Zeeb, please visit Tribute Store
Sunday
19
January