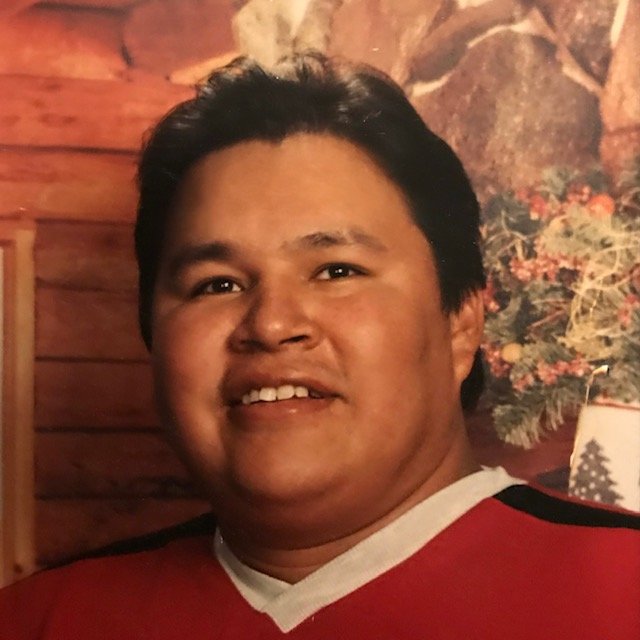 Dewey Emmanuel Saul, also known to some as “Duffy” was born on November 5, 1963 in Yankton, SD to Wesley C. Saul Sr. and Shirley (Keeble) Saul. Dewey attended his elementary years in Yankton and Sisseton, SD which also included Sisseton High School. After his schooling Dewey moved to Santee, NE in the Spring of 1983, and then worked various jobs, which included working construction in Lincoln, NE with his Dad, and they both were involved with building homes on the Santee Sioux Nation. In 1986, Dewey moved to Sioux City, IA where he began his 18-year career at IBP in Dakota City, NE. In January of 1988 Dewey married Deborah Mackey and to this union they became proud parents to three children, Mackenzi, (Angel Baby Saul), and Kobei Saul. In 2004, Dewey and his family moved to Lincoln, NE, where he continued as a material handler/forklift operator. In 2010, Dewey moved to Santee, NE where he began to work for the Santee Clinic and continued to work there until he retired in the Summer of 2020. Dewey was also known for his sense of humor, his laughter, and his love for the Kansas City Chiefs. Dewey was surrounded with family while his journey was completed on November 10, 2020.

To send flowers to the family or plant a tree in memory of Dewey Saul, please visit Tribute Store
Friday
13
November