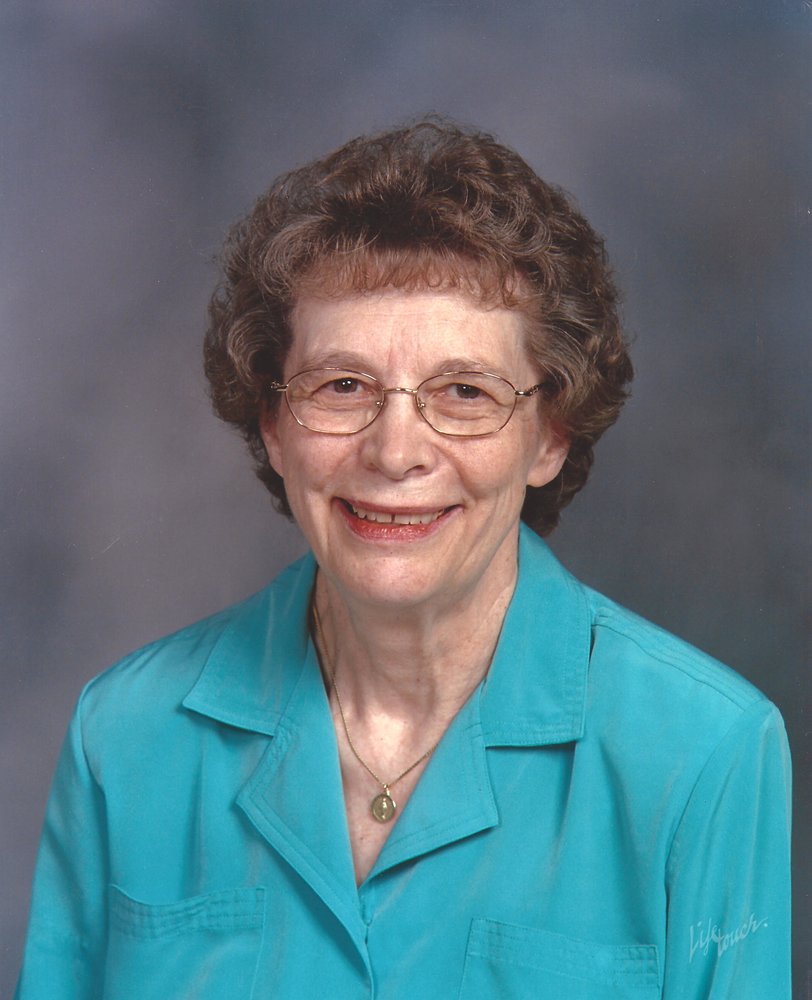 Louann was born September 26, 1932 on a farm near Menominee, Nebraska to Herman and Lavina (Hoebelheinrich) Bonertz.  She graduated from Yankton High School in 1950.  She spent her working years as a secretary for the CEO of F&I Steel Corporation in Denver, Colorado, Inside Sales Representative for Armco Steel Corporation in Omaha, Nebraska and as a Secretary in the University of Nebraska System, Omaha, Nebraska. She retired to Yankton, South Dakota in 1994.

On October 28, 1962 she became a member of the Benedictine Oblates associated with The Abbey of the Holy Cross in Canon City, Colorado. In her retirement years she continued as a Benedictine Oblate with the Sacred Heart Monastery in Yankton.

She loved the House of Mary Shrine in Yankton, SD and her volunteer work as a Eucharistic minister at Yankton nursing homes and Avera Sacred Heart Hospital. She really enjoyed the time she spent in the Colorado Rockies where she skied and hiked in her younger years.

In lieu of flowers and memorials, the family suggests donations in Louann's memory to the House of Mary Shrine, Avera Sister James Nursing Home, both of Yankton SD, or a charity of your choice.

To send flowers to the family or plant a tree in memory of Louann Bonertz, please visit Tribute Store
Friday
14
December