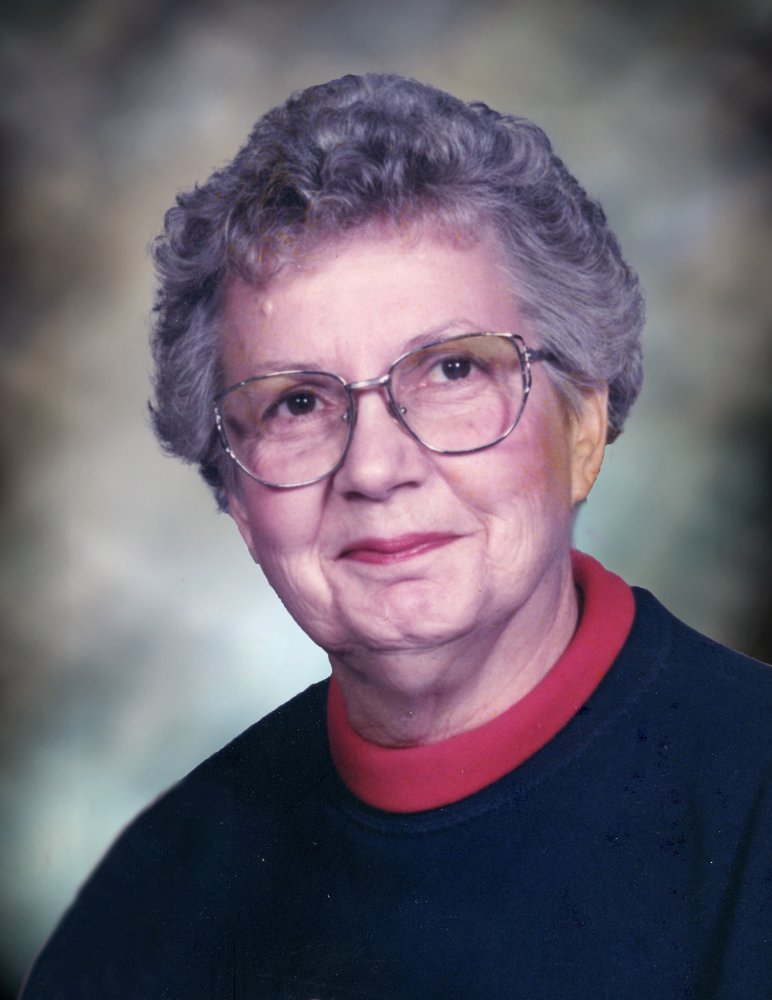 Shirley Mae Miller was born on February 4, 1933 in Avon, SD to Harold & Maude (Mclane) Hayward and was raised on a farm southwest of Avon with her thirteen siblings.  She attended school in Avon and graduated from Avon High School in 1951.  She attended college at Southern State in Springfield, SD and graduated with a degree in teaching. While teaching in Olivet, she was introduced to Bryce Miller and they were married on June 2, 1955 at the Wesleyan Church, Avon, SD.

Bryce and Shirley lived in Olivet for their first years of marriage and later moved north of Olivet where they farmed.  Shirley was a very hard worker and was active in the farming operation.  She spent many hours milking cows and helping with the sheep operation.  Shirley enjoyed quilting, sewing, crocheting, playing rook, and loved her flowers.  Shirley was a 4-H Leader for many year for James River 4-H Club.  Her grandchildren held a very special place in her heart.  She loved to read to them and spent endless hours playing games with them and just loved every minute she spent with them.  Bryce and Shirley enjoyed camping and every year they would head to Huron to the State Fair. This became an annual event for them which they truly enjoyed.  In 1992 Bryce & Shirley bought a home in Menno where they resided until moving to the apartments in 2012.  Shirley became a resident of the Menno-Olivet Care Center in the fall of 2012.

To send flowers to the family or plant a tree in memory of Shirley Miller, please visit Tribute Store
Saturday
12
January