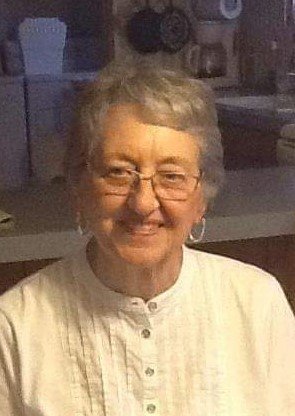 TIMM EVELYN Evelyn Timm, age 94 of Yankton, SD passed away early Thursday, January 30, 2020 at Ava’s House, Sioux Falls, SD under hospice care. Pallbearers include Daniel Hof, David Hof, Brian Hof, Chad Scotter, Brett Marlette, Owen Hof and Collin Hansen. Evelyn Mary Timm, one of four children, was born to Fred and Jennie Schurtz on May 12, 1925 in rural Yankton, SD. After graduating from the Sioux City cosmetology school in 1946, she moved to Medford, Oregon where she met Garland Timm from Huron, SD. They fell in love and were married in Oregon on June 30, 1947. For the next 69 years, Garland and Evelyn walked hand-in-hand through life. Following their marriage, the Timms returned to Yankton, SD where the first of their three daughters, Cherri, (1948) was born. While they loved living in Yankton, Garland wanted to farm and so they decided to take their young family back to Huron. Their second and third daughters, Corrine (1950), and Gail (1952), joined the family. Evelyn saw each of her daughters graduate from high school, earn advanced degrees, get married, and raise families of their own. In 1974, Garland and Evelyn made a life changing decision to sell their farm and purchase a motel in Custer, SD. The couple ran the motel during the tourist season and went south for the winters. They square danced and camped their way across America during their travels. In 1980, they retired, sold the motel and moved back to Yankton. Garland and Evelyn’s lives were dedicated to their family, including their 9 grandchildren and 15 great grandchildren. There was not a birthday, a confirmation, a graduation, or a wedding that they did not attend. They went to countless ball games, dance recitals, band concerts and more, all to celebrate their grandchildren. Evelyn was dedicated to her church, serving on numerous committees and very rarely missed a Sunday service. She loved dancing, quilting, embroidering, playing cards, and visiting with friends. She loved her family and they loved her back just as fiercely. Evelyn Timm is survived by daughters: Cherri (Allen) Price, Sioux Falls; Corrine (David) Marlette, Sioux Falls; Gail (Donald) Scotter, Omaha; Grandchildren: Daniel (Betsy) Hof (Sophia and Owen), Casper, WY; David (Kiphany) Hof (Madalynn), Kearney, NE; Brian Hof (Amber and Alexous), Red Cloud, NE; Shauna (special friend Glen Fuoss) Marlette (Kaytlynn), Yankton, SD; Nicki (Mike) McIntosh (Ayden), Council Bluffs, IA; Patty (Paul) Hansen (Collin and Elizabeth), Parker, SD; Brett (Stephanie) Marlette (Roland and Theodore), Yankton, SD; Chad (Michelle) Scotter (Avery and Jordyn), Omaha, NE; Andrea (John) Spychalski, (Kendall and Jake), Omaha, NE. Evelyn was preceded in death by her husband, Garland Timm; father, Fred Schurtz; mother, Jennie Schurtz; sisters, Lucille Schmidt and Marguerite Miley; and brother, William Schurtz. Cards and memorials may be sent to Cherri Price, 3305 East Manor Circle, Sioux Falls, SD 57103.
To send flowers to the family or plant a tree in memory of Evelyn Timm, please visit Tribute Store
Monday
3
February