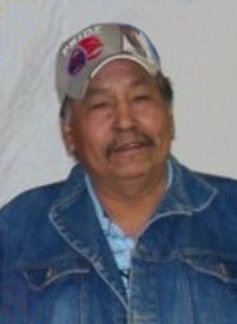 Campbell, John John Hazen. Campbell (JC), age 72 of Niobrara (Santee) NE, passed away at his home surrounded by loved ones on Tuesday, March 24, 2020 at his home. Funeral services will be 2:00 PM, Friday, March 27, 2020 at the Oyate Oyanke Community Center, Santee, NE with Ron Thomas Officiant. Visitations will begin Wednesday and continue until service time on Friday with a Scripture service each evening at 7:00 PM. Burial will be in the Hobu Creek Cemetery, Santee, NE. The Opsahl-Kostel Funeral Home & Onsite Crematory, Yankton, SD is assisting with the service details. On line condolences may be sent at: www.opsahl-kostelfuneralhome.com. JC was born July 19th, 1947 in Winnebago, NE to Margaret Victoria (Redwing) Saul and John Hazen Campbell SR. JC was a Santee Sioux Nation (SSN) Tribal Member who was a veteran who served in the Vietnam war. JC Graduated from Niobrara High School in 1967 and then went onto Welding school and soon after, joined the US Army. He met Martha Thomas in 1982. After being together for 25 years JC and Martha were married on November 4th, 2005. JC worked at Kohlberg’s in Yankton, for the Santee Sioux Nation Environmental Protection Agency and Land Management, Ohiya Casino, and for the Santee Community School where he retired in 2009. He served many years on the SSN Tribal Historic Preservation Office (THPO)/Cemetery Board. He loved to mow and spent many hours cleaning and mowing at the tribal cemeteries. JC enjoyed many things in life including mowing, music, the NBA, playing cards, especially poker, bingo and the casino, fixing mowers and vehicles. JC is known for his sense of humor and always busy working. JC (Short Stuff, Pops) is survived by his wife, Martha Campbell of Santee, NE; daughters: Lorene (Shannon Brown) Thomas of Eagle Butte, SD, Kristene (Wade) Obershaw of Las Vegas, NV, and Misty (Jeremiah) Frazier of Santee, NE ; many nieces and nephews, grandchildren, great grandchildren and a large tiospaye. JC will reunite with many relatives in the Spirit World including his parents, Margaret Redwing Saul and John Hazen Campbell; brothers, Wallace Saul and Wesley Saul SR; sister, Marjorie Campbell and many other relatives.
To send flowers to the family or plant a tree in memory of John Campbell, please visit Tribute Store
Wednesday
25
March