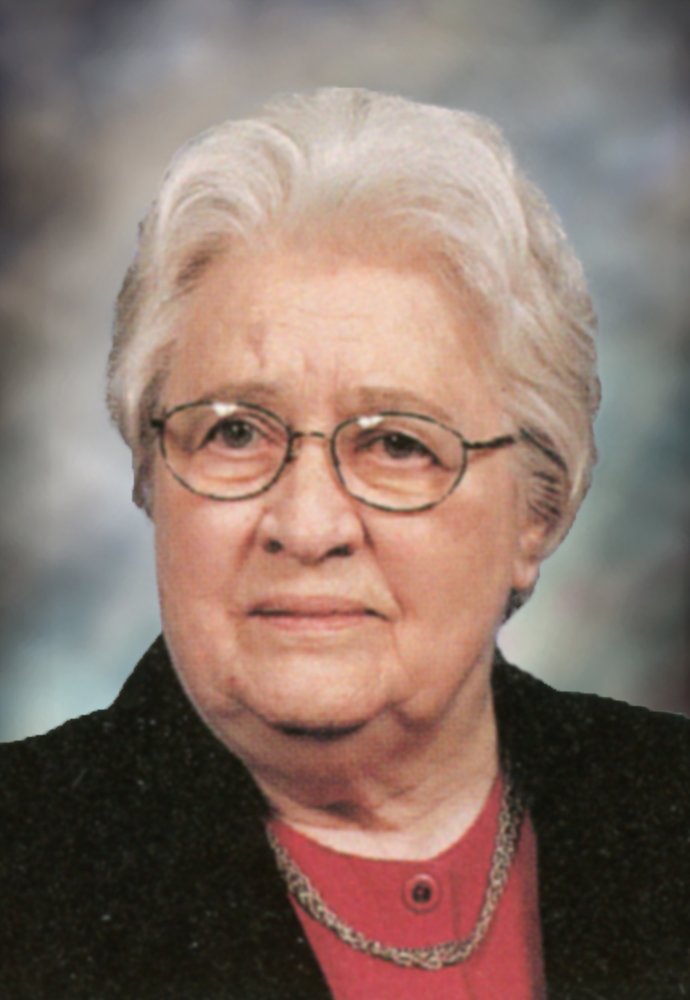 Guthmiller, Mildred Mildred M. Guthmiller, age 98 of Menno, SD passed away on Sunday, May 3, 2020 at the Menno-Olivet Care Center in Menno, SD with her family by her side. Private family graveside services will be held at the Menno Cemetery, Menno, SD. Her Committal Services may be viewed at 2:00 PM, Wednesday, May 6, 2020 at: https://www.facebook.com/opsahlkostel/live. The Aisenbrey-Opsahl-Kostel Memorial Chapel, Menno, SD is assisting with the service details. On line condolences may be sent at: www.opsahl-kostelfuneralhome.com. Mildred Marie (nee Chance) Guthmiller was born March 20, 1922 in Centerville, SD. She was the sixth child out of ten children to Harry and Dena (nee Dickmann) Chance. On October 16, 1922 at the age of seven months, she moved with her family from Centerville, SD to a farm southeast of Menno, SD. The move was made with horses and wagons. She rode with two other siblings on a mattress in the middle of the wagon with furniture around them. Mildred attended Ulmer District #91 Grade School. She graduated from Menno High School in 1940. Mildred insisted she wanted to go to college. She even wrote to Southern State College for information. Her mother, Dena would let her go if she would take her sister, Beulah along and go to Freeman Jr. College. At the end of one year, they both received their teaching certificates. Mildred taught at Slowey, Hillcrest, Ulmer and Bender Grade Schools for a total of nine years. Mildred married Gilbert Guthmiller on August 25, 1949. After her marriage, she was a stay at home housewife and mother. To their marriage four children were born: Doyle (1951), Marlys (1952), Roger (1954)) and Galen (1956). She worked with the dairy, livestock and raised a large garden. In her adult life, she was very active as a Sunday School Teacher and Ladies Aid member at Saron Reformed, Salem Reformed and Peace Christian Reformed Churches. Mildred and Gilbert retired and moved into a new home in Menno on December 24, 1997. Gilbert passed away on March 22, 1998. Mildred is survived by her four children: Doyle Guthmiller, Marlys (Jerry) Williams, Roger (Alita) Guthmiller and Galen (Linda) Guthmiller; five grandchildren: Brett, Daniel, Heidi, Beth and Jenna; nine great-grandchildren: Trent, Lane, Kylie, Eric, Abby, Karsten, Taralyn, Elise and Benes; one sister, Norma (Walt) Fair; sister-in-law, Lea Chance and many nieces and nephews. Mildred was preceded in death by her husband, Gilbert; her parents, Harry and Dena; mother and father in law, Philip and Louise; her brothers and sisters: Simon, Selma, Harold, Oliver, Beulah, William, Ruth and Vernon; daughter-in-law, Kathy and granddaughter, Angel Kathleen.
To send flowers to the family or plant a tree in memory of Mildred Guthmiller, please visit Tribute Store
Services for Mildred Guthmiller
There are no events scheduled. You can still show your support by sending flowers directly to the family, or planting a memorial tree in memory of Mildred Guthmiller.
Visit the Tribute Store

Share Your Memory of
Mildred
Upload Your Memory View All Memories
Be the first to upload a memory!
Share A Memory
Send Flowers