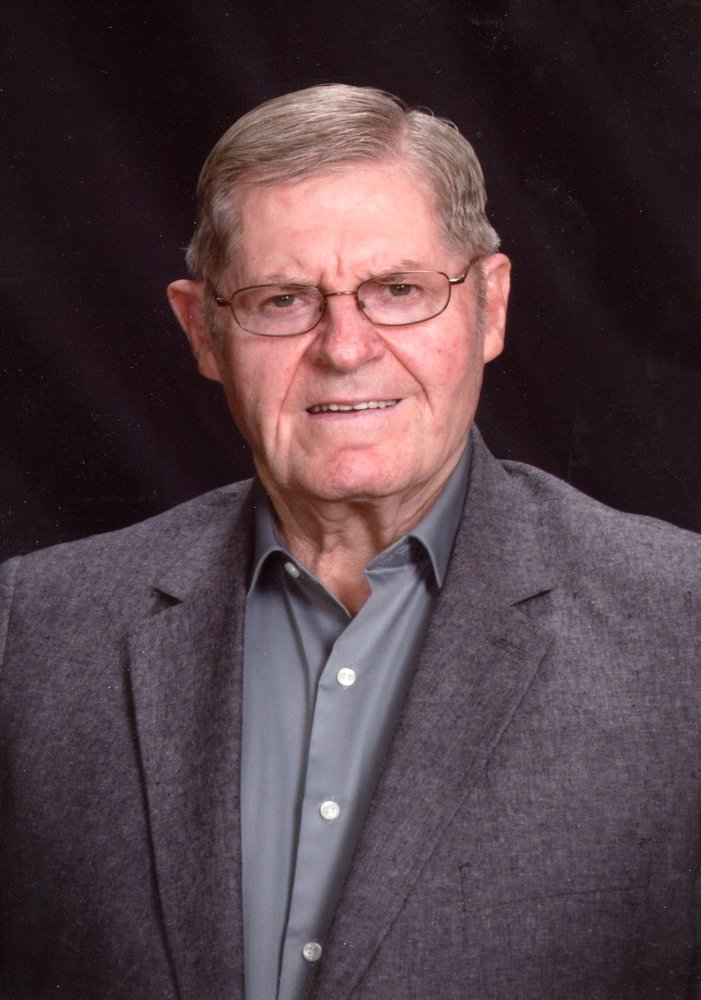 Paul J. Pedersen, age 84 of Scotland, SD passed away on Tuesday, May 12, 2020 at Avera McKennan Hospital in Sioux Falls, SD. Private family funeral services will be held at 1:30 PM, Saturday, May 16, 2020 at the Scotland Community Church. Burial will be in the Rosehill Cemetery, Scotland, SD. Please join the family by viewing the live streaming of his services which can be viewed at 1:30 pm, Saturday afternoon at: https://www.facebook.com/opsahlkostel/live. The Opsahl-Kostel Funeral Home & Crematory, Yankton, SD is assisting with the service details. On-line condolences may be sent at: www.opsahl-kostelfuneralhome.com. A celebration of his life will be held at a later date. Paul J. Pedersen, the son of Ole M. and Bertha (Peterson) Pedersen, was born on July 25, 1935 at Meckling, SD. He was baptized in November of 1935 by the Rev. Harris A. Jespersen, and was confirmed on April 10, 1949 by the Rev. Reinhold Klein. Paul graduated from Scotland High School in 1953. It was during those years that Paul rode the school bus and saved a seat for the only love of his life. Paul was united in marriage to Bernice F. Auch on May 6, 1956 at the Petersburg Church of rural Lesterville. Paul and Bernice spent a lifetime farming near Lesterville. Paul and his family were members of Ward Memorial Congregational Church of Lesterville, where he taught Sunday School and was Sunday School Superintendent. They then became members of the Scotland United Church of Christ (now Scotland Community Church) in 1969, where he taught Sunday School, served on the Education Committee, as a Trustee, and as an Elder. He also did taped ministry for homebound members of the church and has served on the pastoral search committee. Paul served on various committees and boards which included: Odessa Rural Schools, 4-H County Leaders Association, Extension Board, FHA of Yankton County, Farm Bureau, Mid America Dairy Association, Lesterville Rural Fire Association, and the Yankton County ASC Board. Paul quit farming in 1986 and moved to Scotland in 1991. He served on the city council, Southern Waste Management Board, and the LEE Committee. Paul was a man truly devoted to family. He was never short on love or support and had a talent for making others feel important and cherished. Paul was a man who showed up–he understood that the value of simply being there for others was one of the most meaningful gifts he could give. He prioritized spending time with family and friends by camping, hunting, and his favorite pastime, fishing. He had a phenomenal laugh that he often let loose over a game of cards and good-natured teasing. He took great pleasure in attending his grandchildren’s many ball games, 4H events, recitals, performances, and tournaments and shared that his greatest joy was simply being with family and watching them grow. Paul was a steadfast champion in every way, never missing an opportunity to tell his children and grandchildren how much he loved and was proud of them. By leaning into every challenge, Paul would not let adversity get the better of him. He was dedicated to serving his church and community. He knew the strength of a solid foundation and built his unshakable faith on the solid rock of Christ. Paul is survived by his wife, Bernice Pedersen of Scotland, SD; children: Cindy (Kevin) Deutscher of Flandreau, SD, Lori (Jeff) Buechler of Freeman, SD; grandchildren and their families: Travis (Amber) Deutscher - Monica, Kaydyn and Bryson; Joshua (Lindsey) - Jolie and Kai; Sara (Austin) Olivier – Henry; Matt (Kristin MIslivec) Buechler – Braddock; Tyrel (Maria) Deutscher and Alison (Michael Garrison) Buechler. Paul was preceded in death by his father, Ole Pedersen; mother, Bertha Pedersen; brothers, Larry Pedersen and Marlow Pedersen and brother-in-law, Eugene Auch. In lieu of flowers, the family would like memorials to be sent to Scotland Community Church, 350 Williams Street, Scotland, SD 57059
To send flowers to the family or plant a tree in memory of Paul Pedersen, please visit Tribute Store
Services for Paul Pedersen
There are no events scheduled. You can still show your support by sending flowers directly to the family, or planting a memorial tree in memory of Paul Pedersen.
Visit the Tribute Store
Share A Memory
Send Flowers