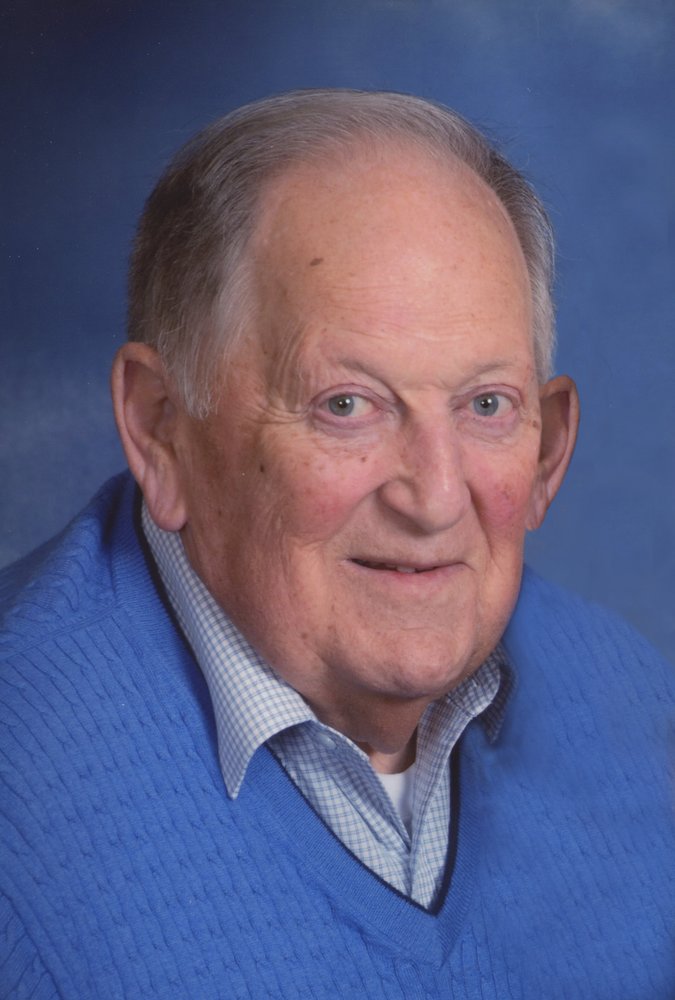 Recommend Dr. Iro's obituary to your friends
Share / Subscribe to this tribute
Share Obituary:
Print
Eric, Becky, Connor, and Lauren Larson
and 4 others have purchased flowers for the family of Dr. Iro Mogen. Send Flowers
Guaranteed hand delivery by a local florist
Loading...
J
John Mogen posted a condolence
Uncle Iro has always been my idol. He always took an interest in what the Bert and Marjorie Mogen family was doing. If Uncle Iro liked a certain food, then I would like it (rutabagas, for example). He loved music and sports and education, and I followed with those same interests. Iro and Suzanne were their childrens' biggest supporters, and that extended to their nieces and nephews. If there was a Mogen's Heroes performance within driving distance, they were there. Even though he rarely verbalized it, I knew that he loved me. We had many telephone conversations which lasted thirty to forty-five minutes each. And he would say, "I'm taking up too much of your time." I would reply, "Uncle Iro, I LOVE hearing your stories!" It was a blessing to be part of Uncle Iro and Aunt Suzanne's life.
Please wait
Share Comment
S
Steve Chamberlin posted a condolence
I have many happy memories of Mogen and Chamberlin family picnics and birthday celebrations in Mobridge. I called Iro earlier this year, and enjoyed a good conversation with him and was glad that he still had his dry sense of humor. I think that Jay inherited some of that humor. I remember playing golf with Jay and our fathers years ago in Mobridge. Iro hit his ball over the hill on the second hole and said, "I think I'm over the hill." Jay said, "I know that, but where did your ball go?" Since Jay and I are now older than our dads were then, I guess that means we're way over the hill! I extend my sympathy to the family. They were great neighbors and friends! Steve Chamberlin
Please wait
Share Comment
E
Eric, Becky, Connor, and Lauren Larson purchased flowers

Danny, Kylie, and Keegan Miller
purchased the Thinking of You for the family of Dr. Iro Mogen. Send Flowers
Please wait
J
Joe Mogen posted a condolence
Myla Kneeland wrote me a note after hearing about your Dad's passing. She had some neat memories of Iro that I asked her to share. As she has not, I will copy them from her note as they are nice stories. This is from Myla Kneeland: Last fall, one of Iro's sons brought him up here in Northeastern SD for a "sentimental journey" as Iro put it. They stopped by here and we had a short visit. Iro told of being in the Milbank area, to Big Stone to the cabins there, to Waubay and Ortley and Summit........lots of good memories for him. I think when Iro was in High School he worked for Ernie and Lillian (Richter) a couple summers, I remember Lillian telling me about that. When Iro and Suzanne were first married, he was teaching in Summit School, and they lived in "Grandma's House" (Clara Kneeland) in Summit. Arlo and Harvey rented it out a few years after their mother passed away before selling it. One first memory I have of Iro goes back to 1951......Harvey had picked me up from the hospital and bringing our new family home....Bruce was the new baby. On the way home, we passed a hitch hiker and Harvey stopped and picked him up. It was Cousin Iro !! He was going to college in Yankton, and was trying to get home to Waubay. His goal was to get his folks to let him go to the World Series Baseball games !!! Harvey got baby Bruce and me settled in our trailer house and then took Iro to Waubay. And you know ......I never heard the "rest of the story" ????? Iro always had a love of baseball and passed it on to his sons and grandsons !!! I just thought that the hitch hiking story had to be repeated. I hope you enjoyed this memory and now you know where you got your love of baseball.
Please wait
Share Comment
L
Love, Rebecca & John Vecchione purchased flowers

Iro and Suzanne were very welcoming to me as a "new Mogen." Our connections were always warming and welcoming--in Pierre when Joe and Iro worked in State Government, at M & Ms (Mogens in Mesa in March), family reunions, & class reunions (for Joe & Iro). I am grateful to "Aunt Helen", Iro's mother, for being my piano teacher, she was very talented. It was always interesting to talk to Iro on the phone when he shared family history. He will be missed God Bless Iro's memory. Lee Mogen
Please wait
Share Comment
G
Great Western Investments & Insurance purchased flowers

Condolences to all the family. God's peace be with you, God's presence be near you. God's love be in you. Rev. Dr. David A. and Benice M.Cook, The United Churches of Hot Springs, SD
Please wait
Share Comment
B
Brent & Michelle Osborn & family lit a candle

Deepest sympathies to the Mogen family--May your warm memories bring you comfort and peace and may God grant you all the strength you need at this difficult time.Sending love and prayers-
Please wait
Share Comment
G
George Henry posted a condolence
Bruce and family-- My condolences to you and your family. I always enjoyed talking with your dad, especially about baseball. My sympathies to you all.
Please wait
Share Comment
T
Tribute Store

Sunrise was purchased and a memorial tree was planted for the family of Dr. Iro Mogen. Send Flowers
Please wait
F
Fay Jackman posted a condolence
Dr. Mogen was the best superintendent I work under. He was a gentleman and always said we could disagree without being disagreeable. He was our choir director at church and Suzanne accompanied. Two talented people who have been missed.
Please wait
Share Comment
J
Joe Mogen posted a condolence
Iro and my brother Dick were the same age, cousins who lived across town but were very close friends all throughout their school years and beyond. Iro and his family crossed paths with my family when we were both worked for the State of SD in Pierre in the late 1960s. In more recent times we would talk on the phone reminiscing about family and growing up in Waubay. All of us should be conscious of the fact that as each one of our elders passes a great deal of family history passes with them. Iro always shared with me his love of his family and memories of my Brother Dick. I am 10 years younger, so I was a little boy when they were digging holes and tunnels in our back yard! They were very adventurous. To his family, our heartfelt sympathy and love. Your father/grandfather was a towering figure of his generation. He made his mark in education in South Dakota. We wish we could be present at the memorial service, but are pleased that we will be able to attend virtually. Our Love to you all. Cousin Joe and Lee Mogen
Please wait
Share Comment
M
Marjorie Stoebner Posted Jul 5, 2020 at 7:23 PM
Very fond memories of the Morgan. We were teachers in Avon with your parents. I knew Jay the best because he was in my kindergarten class. We say 12 days of Christmas at our school program. Jay was 5 gold rings. What a ham he stole the show. Your parents were great people. Blessings to all of you.
Report
<< Previous Next >>
Share A Memory
Send Flowers