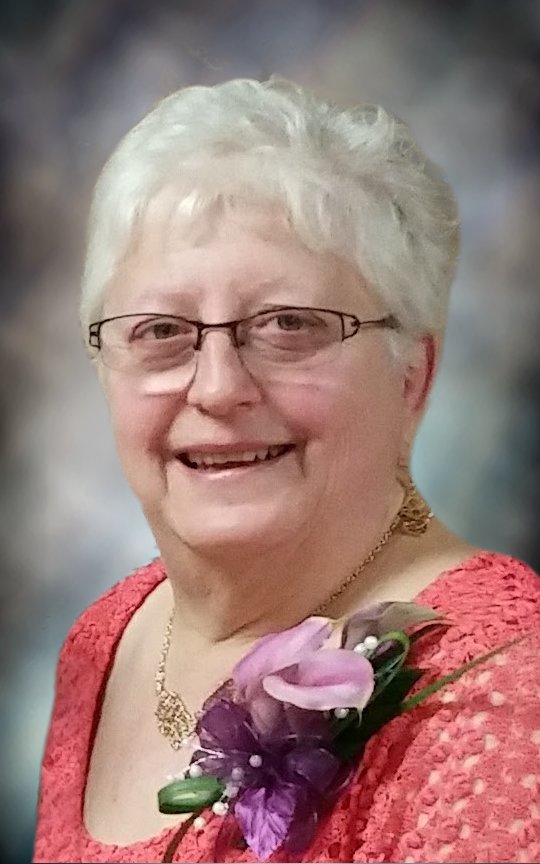 Phyllis Charlotte Woehl, age 65 of Menno, SD passed away on Saturday, May 29, 2021, at Avera McKennan Hospital in Sioux Falls, SD.  Funeral services will be 10:30 AM, Monday, June 7, 2021, at Peace Christian Reformed Church, Menno, SD with Pastor Bill Vis officiating.  Burial will be in the Menno Cemetery, Menno, SD.  Visitation will be 5 to 7 PM, Sunday, June 6, 2021, at Peace Christian Reformed Church, Menno, SD with a Scripture service and memory sharing at 7:00 PM.  Visitation will resume for one hour prior to the service at the church on Monday.  Live streaming of Phyllis’ service can be found at:  https://www.facebook.com/opsahlkostel/live.  Online condolences may be made at:  www.opsahl-kostelfuneralhome.com.  Arrangements are under the direction of the Aisenbrey-Opsahl-Kostel Memorial Chapel in Menno.

Phyllis and Randy lived on Randy’s home farm for a year after getting married. They then moved to Randy’s grandparent’s farm by Scotland for 2 years. They also resided in Ewing, NE, Wagner, Viborg, and Freeman SD before settling on a farm southeast of Menno. After a house fire in 1998, they continued to live on the farm for another 3 years. Phyllis and Randy eventually moved to town in 2001.

The first years of their marriage, Phyllis was a dedicated housewife and stay at home mom. Later she was employed by Gurney's Seed Company in the packaging and print shop until they closed in 2000. Then in 2001, Phyllis went to work for the American Food Group/Cimpls Division in Yankton where she worked in the Sausage Department as a packager. She continued working up until she was diagnosed with AML (Acute Myeloid Leukemia) in February 2021.

Phyllis loved plants and gardening and had a green thumb. She was very involved with her kids’ 4-H and FFA projects. Her main passion was raising rabbits with Randy, her children, and grandchildren. Phyllis was a regular in the rabbit barn at the South Dakota State Fair in Huron, SD for 35 years. Many individuals who purchased their first rabbit from Phyllis and Randy have now had their own children do the same. Over the years, their rabbits have won several awards. One highlight in 2010 happened at the Sioux Empire Farm Show when they won multiple Best in Shows. Phyllis was an active member of the South Dakota Rabbit Breeders Association and American Mini Lop Club. Phyllis and Randy were also part of the founding members of the Mid-City Rabbit Club.

Loved by so many, Phyllis will be dearly missed here on Earth, but God has called her home.

To send flowers to the family or plant a tree in memory of Phyllis Woehl, please visit Tribute Store
Sunday
6
June