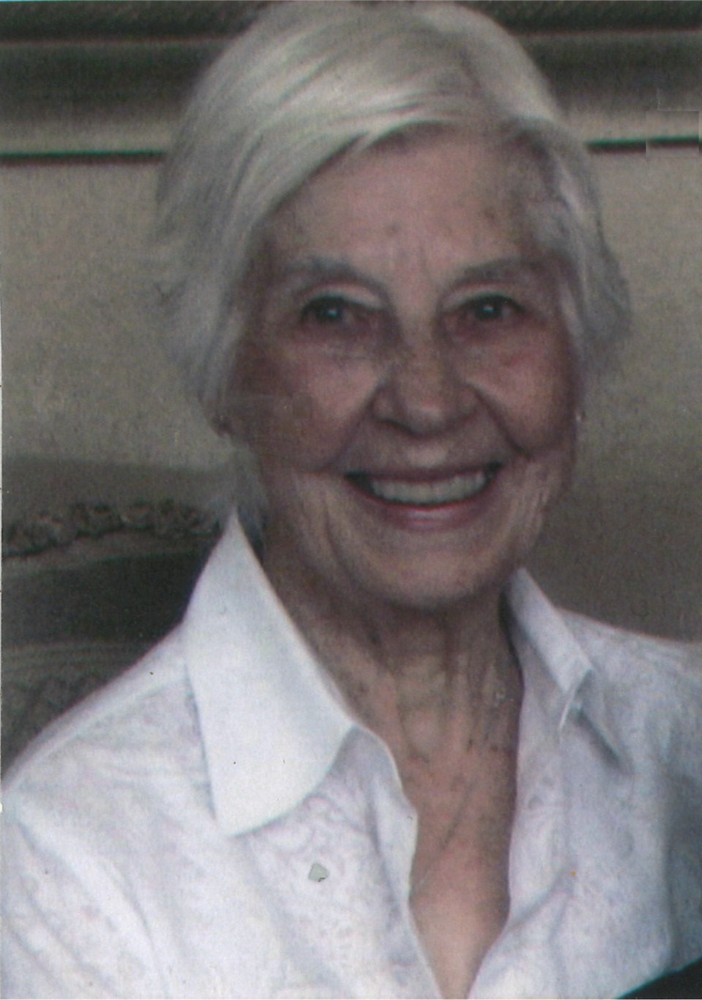 On Thursday, September 23, 2021, Elinor Celestine (Slowey) Perry peacefully passed away at the age of 103 at Morningstar Assisted Living in Parker, Colorado.  A funeral mass will be 10:30 a.m. Friday, October 8, 2021 at Sacred Heart Catholic Church in Yankton, SD with the Rev. Fr. Thomas Anderson as Celebrant.  A holy rosary will be said at 10:00 a.m. Friday, preceding the mass.  Burial will follow at Sacred Heart Cemetery.  Visitation will be for one hour prior to service time at the church.    Live streaming of Elinor’s service may be found at:  https://www.facebook.com/opsahlkostel/live.  Those wishing to attend in person are asked to wear a mask and to practice social distancing guidelines.  Online condolences may be made at:  www.opsahl-kostelfuneralhome.com.  Arrangements are under the direction of Opsahl-Kostel Funeral Home and Crematory in Yankton.

She was born and baptized on Easter Sunday, March 31, 1918, delivered at home on her family farm by her grandmother Theresa (Tess) Slowey in Mayfield, Yankton County and grew up on a small South Dakota farm during the Great Depression.  She married Donald E. Perry in Salinas, California as he was preparing to ship out in the early days of WWII.  She gave birth to her first child (Tom) while her husband was half a world away fighting in the South Pacific.  She raised little Tommy for three years with help from her parents and Don’s mother not knowing if or when her husband would return from the war.

After her husband’s safe return, Don and Elinor joyously started building their family life together.  A second child, Marcia, was born but then 2 years later, newly pregnant Elinor was diagnosed with tuberculosis and was quarantined hundreds of miles away from her family for an agonizing year.  During her year in the sanitarium, her infant daughter, Mary Kathleen, died unnecessarily in childbirth creating a painful scar in her memory that never healed.

Following her recovery from TB, family life resumed and daughter, Sara, was born just before the family moved to Ft. Dodge, Iowa with Don’s business promotion.  Soon, son Donnie arrived and she and her family enjoyed several decades of middle class, middle American family life.  She said to many people that the happiest time of her life was when she was raising her family.

When her own family nest emptied she cherished her next role as Grandma to the little ones as they began arriving in the late 1960’s through the mid 1980’s.  Her love of family impacted each grandchild’s life as she enveloped them with her love and her smile and created memories, especially magical Christmas ones with each of them.  Granddaughter, Susie, said “Grandma always looks at me with love in her face.”

Post-retirement years were split between summers in Iowa and winters in Sun City, Arizona until her husband Don’s death in early 2002.  She then moved to Parker Colorado where she lived independently, driving her own car until 95, and walking 2 miles a day on Cherry Creek Trail until she took a fall at age 99 with multiple fractures necessitating a move into assisted living at Morningstar in Parker, Colorado.

Even though assisted living wasn’t “her cup of tea” she patiently “went with the flow” touching numerous lives along the way.  In the last year or two of her life she was overheard saying “I don’t know why I am still here?” and “What purpose can I still have at my old age?”   We soon saw evidence of what her purpose might still be when we saw the steady stream of nurses, aides, and staff who came for repeated tearful visits and stories of ways that she touched and even changed their lives during the short time she was in assisted living.   Her meaning and purpose continued for a full 103 years.  What a legacy!

A legacy of love is what she lived.  She taught her young children to be kind and helpful to all of the elderly and infirm residents of their home town neighborhood and encouraged them to at least be pleasant to all they met.  She quoted Dinah Shore who was asked how she can always be happy and Dinah answered “I’m not always happy but I try to always be pleasant”.   Elinor always followed this advice and encouraged her children and grandchildren to do the same.  Evidence continues to come forth each day of new instances of lives touched and changed by her loving kindness; it was a way of life for her.  Her father, Tom Slowey, was renowned for his number of friends and it was said at his funeral that “One could number his friends by his acquaintances”.   What a wonderful tribute and I think it could be said of his daughter, Elinor, that “To know her is to love her”.   She was a woman whose life revolved around love; both giving and receiving.

To send flowers to the family or plant a tree in memory of Elinor Perry, please visit Tribute Store
Friday
8
October