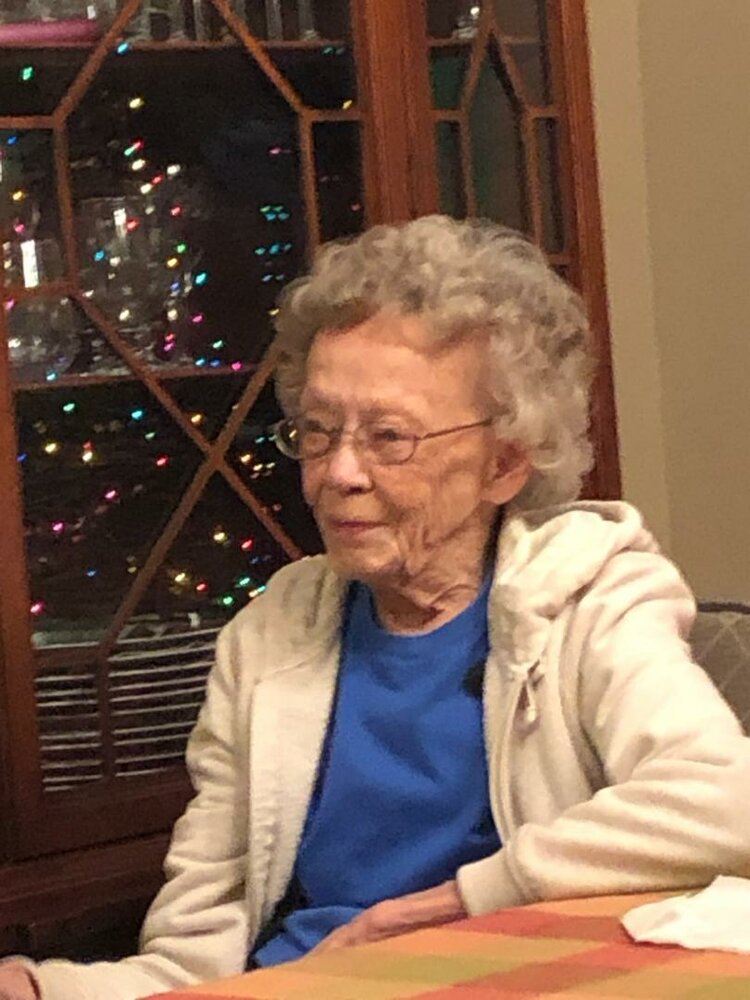 On Jan. 19, 1950 she married Edgar Logan.  They moved to Cherokee, IA for a short time, and then settled in Yankton, S.D.  Dorothy was a member of the United Church of Christ in Yankton and managed their household until her son was grown.  She later worked at Sacred Heart Hospital as dietary aid for 23 years.

Dorothy retired in 1988 and lived with Edgar in their rural home until he passed in 1993. Shortly after Edgar’s passing, she moved into Yankton.  In 2007, she moved to Council Bluffs, IA to live with her son.  In 2015, she relocated to Sturgeon Bay along with her son and daughter-in-law who retired and moved to Sturgeon Bay to be near their daughter’s family (her granddaughter).

She loved doing needle work, along with gardening and lawn work, tirelessly pulling weeds, accompanied by her buddy, Tully, a miniature Australian Shepherd.

A visitation is scheduled for November 13, 2021, at the Opsahl-Kostel Funeral Home & Onsite Crematory, Yankton, SD from 9 -11 am. In lieu of flowers, memorials may be directed to the Sturgeon Bay High School Football Program or the Heartland Humane Society; 3400 SD Hwy 50; Yankton, SD 57078.

To send flowers to the family or plant a tree in memory of Dorothy Logan, please visit Tribute Store
Saturday
13
November